Lithuanian dishes are heavily reliant upon root vegetables (potatoes and beetroot), meat and dairy products, which can all be grown in Lithuania’s cold climate. Filling, hearty, and meant to keep you warm from the inside, Lithuanian food is certainly something worth trying. Here are ten traditional Lithuanian dishes that have been passed down from grandparent to grandchild for centuries.

Starting off with Lithuania’s national dish, cepelinai are large dumplings made of a mixture of raw and cooked potato dough that is filled with pork and doused in a ladle of a sour cream and bacon sauce. Though originally called didzkukuliai, the name was changed to cepelinai in the 20th century because of their resemblance to zeppelin airships. 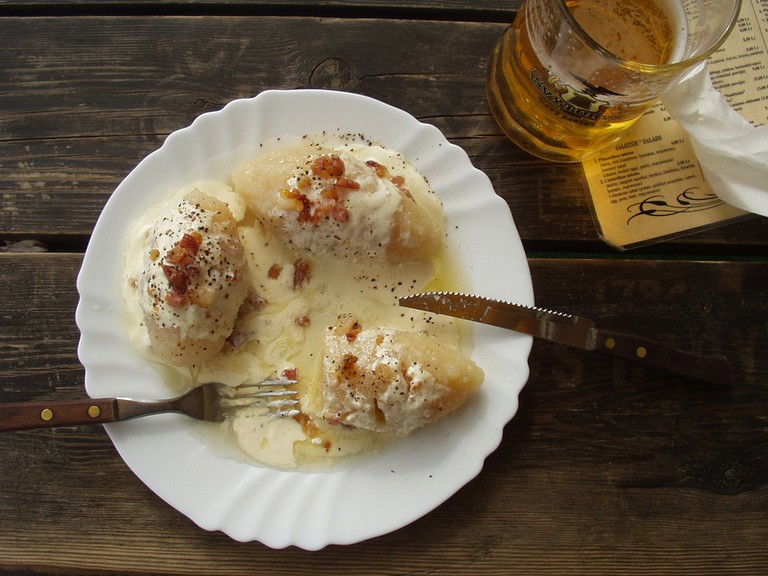 Fried bread, or kepta duona, is Lithuanian dark rye bread that been fried in oil, seasoned with garlic and salt, and served with cheese sauce. Fried bread is frequently eaten as a snack to accompany beer and is a favorite comfort food that brings back warm memories for many Lithuanians. 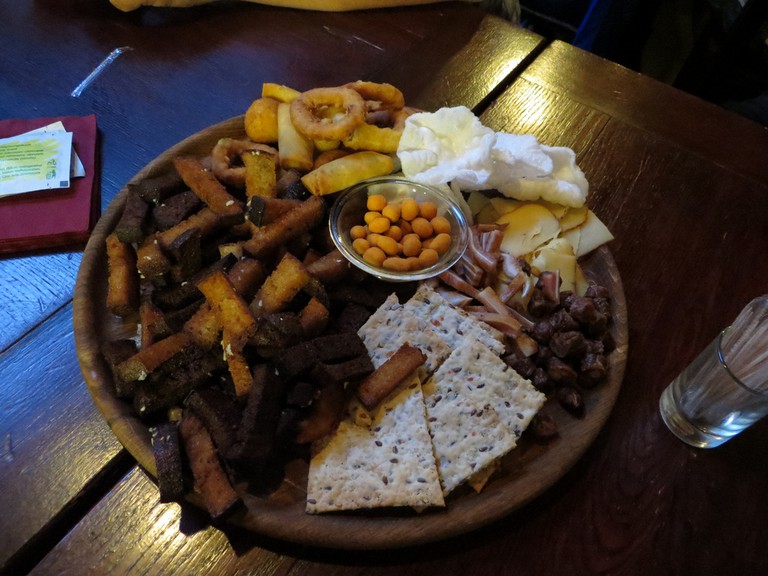 Beetroot soup is a warm, comforting soup made of beetroot, onion, carrot, and celery mixed with meat stock (usually pork) and seasoned with salt, pepper, and dill. When served, beetroot soup should be a beautiful red color and come with potatoes that are meant to be added to the soup 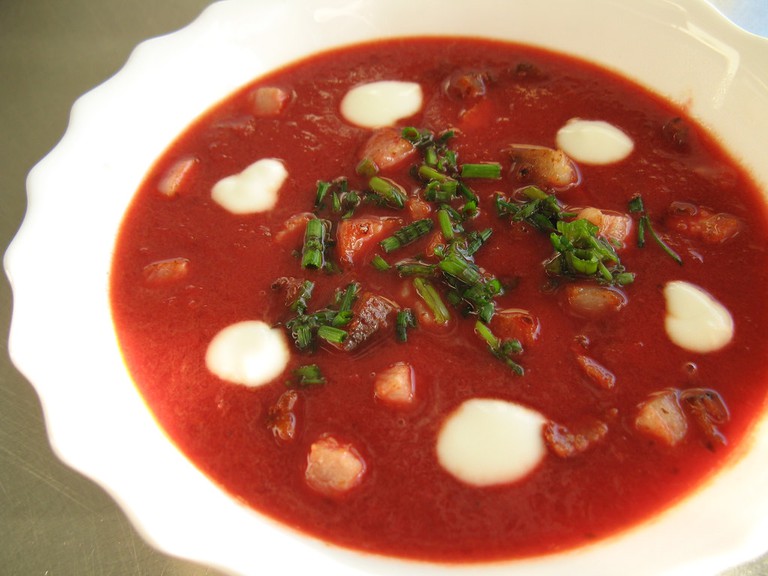 Served seasonally, this beetroot and kefir soup is accompanied by hardboiled eggs and boiled potatoes. Notably, chilled borscht is a shocking color of bright pink and is an indicator that warm weather has arrived in Lithuania. 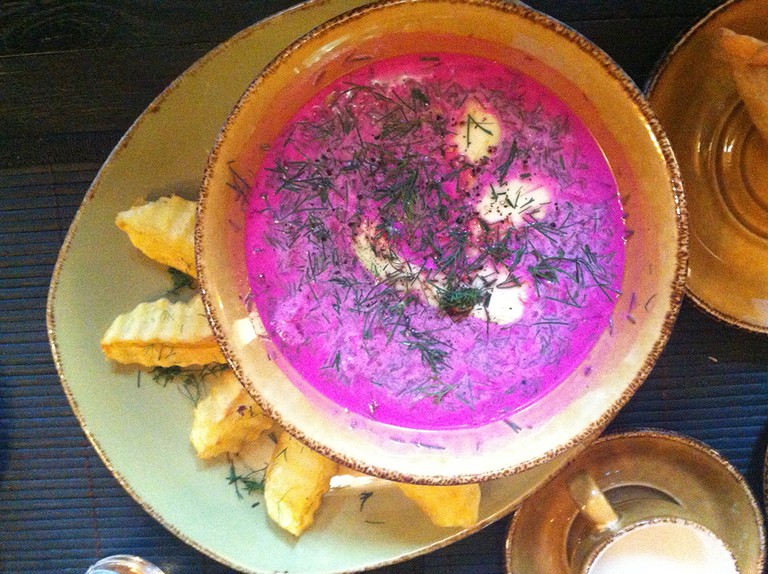 Don’t let the translated name mislead you, grybukai are not made with mushrooms, they simply are cookies shaped like mushrooms. Grybukai are delicious little morsels flavored with cinnamon, cloves, nutmeg, and cardamom and glazed to create a white “stalk” and black “cap.” 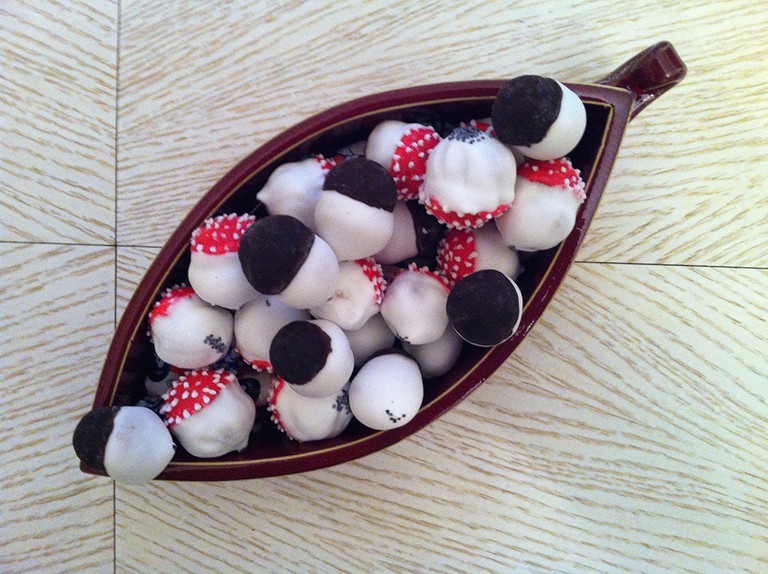 Fresh cheese curd is a staple in Lithuanian households and can be used to make numerous dishes. One favorite dish is fried cheese curd cakes, which is simply cheese curd mixed with a bit of flour, egg, and sugar that is fried in oil. Typically served with fresh berries and jam, cheese curd cakes can be enjoyed at any time of day. 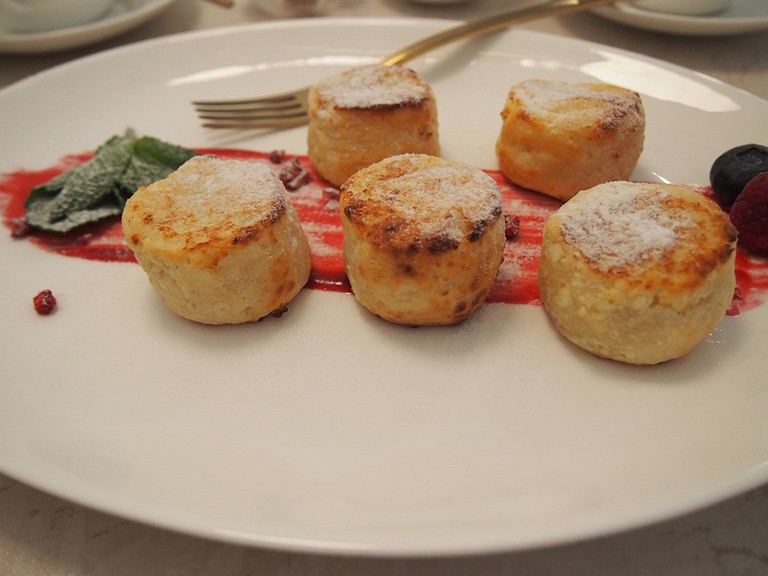 Potatoes are truly king when it comes to Lithuanian food, and any number of potato dishes are eaten frequently throughout the week. Potato pancakes are a simple dish to make, comprising grated potatoes, onion, and eggs mixed together and fried in oil. They are served with dill, scallions, and sour cream. 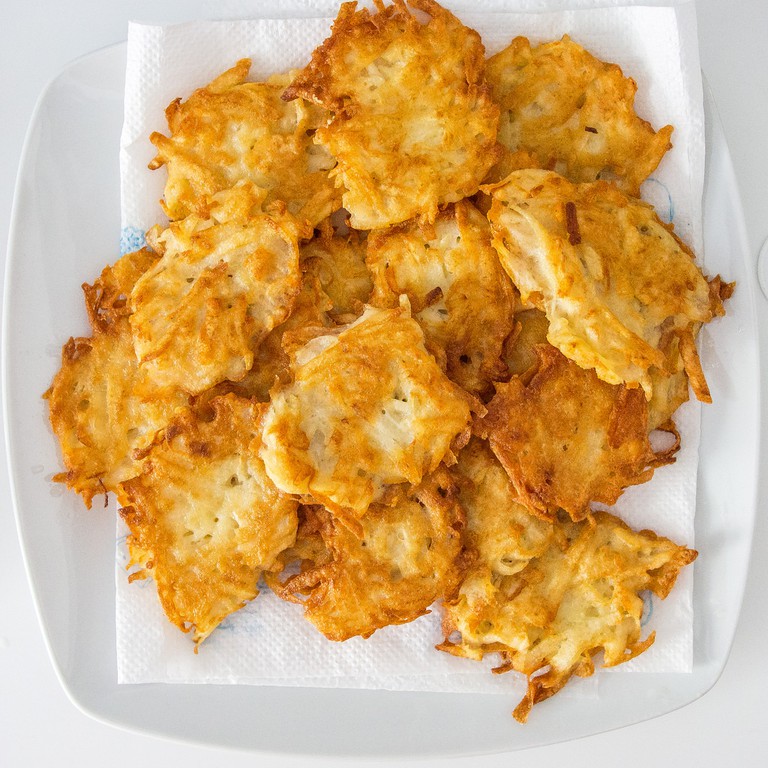 Kibinai are tasty hand pies that are the national dish of the Kariate people, an ethnically Turkic group that has lived in Lithuania for centuries. A flaky, soft crust surrounding meat, vegetables, cheese curd, or berry jams makes kibinai a favorite snack or side to accompany soup. 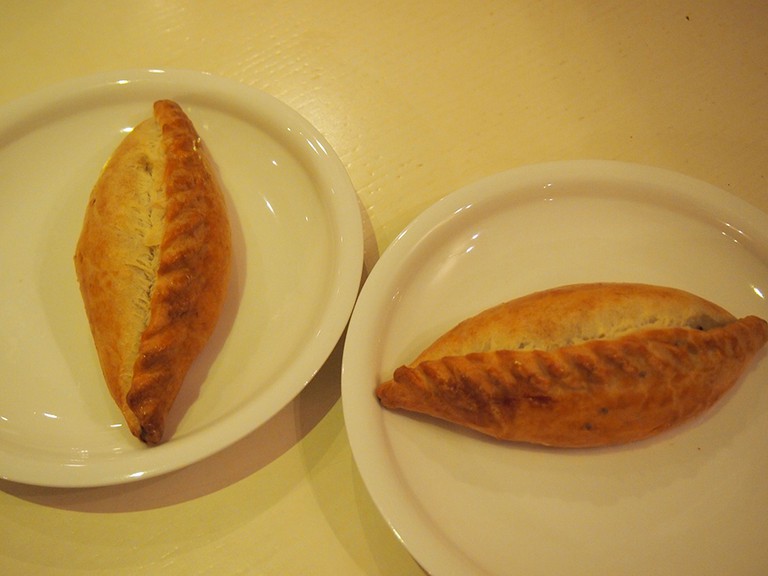 Kugelis is a hearty, baked potato pudding or lasagna that sometimes incorporates meat and is served with lingonberry jam, bacon, or sour cream. As with most Lithuanian dishes, recipes vary from person to person, so a slice of kugelis may differ at each different venue, making it an exciting dish to try. 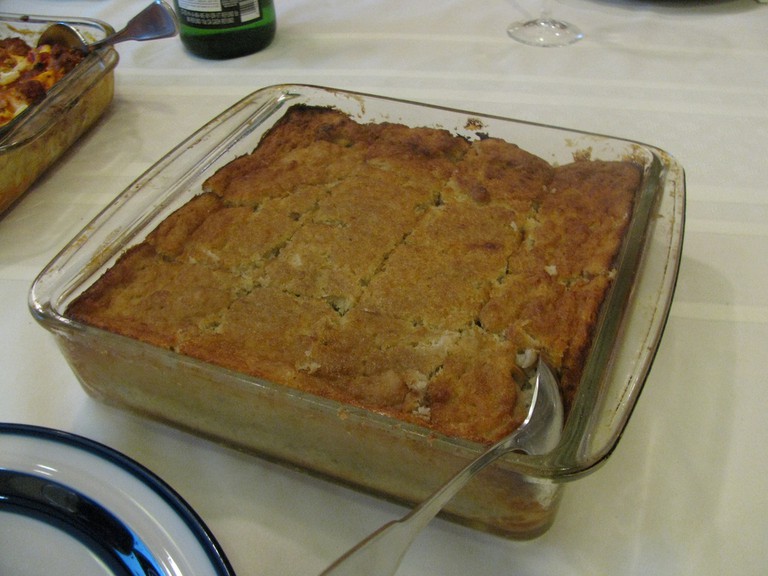 Raguolis, also called sakotis, is a traditional Lithuanian cake that is frequently served during special occasions such as weddings, Christmas Eve, and Easter. This cake is a large, hollow ring with what looks like horns or spines around the edges that are created from dripping batter as the cake is turned around and around on a spit-like cooker