A 1 MW solar power plant was opened near Elektrėnai (Lithuania) on Wednesday. This event marks the launch of the world’s first remote solar platform, Ignitis Saulės Parkai (Ignitis Solar Parks), which is available to all households in the country.

The launched solar platform gives every resident of the country, even those living in an apartment, the opportunity to purchase part of the solar power plant from solar parks and at the same time become a remote generating consumer. This is the world’s first implemented project of geographically remote solar power plants operating nationwide.

“Already today, solar energy can become the electricity of every home in Lithuania. We have achieved revolutionary changes in this area – not only a simple, fast and financially attractive system for generating electricity for our own needs has been created, but also the myth that there is not enough sun in Lithuania has been broken. Small-scale power generation has become not only an opportunity for everyone, but also a stimulus for economic and business development. Such solar park, like this, open to everyone, is the first, but we will have more such projects in Lithuania already this year,” – says the Minister of Energy, Žygimantas Vaičiūnas, who participated in the opening of the solar power plant.

Almost 300 households will use the first 1 MW solar power plant installed by “Ignitis Gamyba”. The planned lifetime of the solar power plant is 25 years. It is estimated that during this time the project will generate 25 GWh of electricity, and the use of renewable energy resources will save more than 450 thousand trees and CO 2 emissions will be reduced by almost 19 tonnes.

“Until recently, the possibility for everyone to become a producer of electricity seemed like just a vision, but today it is already a reality. With this move, “Ignitis Saulės Parkai” provides residents with the opportunity to participate in the production of green energy, and creates an open platform for developers of solar parks who want to sell their projects. We hope that in the future we will be able to implement the solutions of such platforms in larger markets as well,” – says Darius Maikštėnas, CEO of Ignitis Group.

The 1 MW solar power plant was installed in about 2 months on the site of “Ignitis Saulės Parkai” platform, from which the panorama of chimneys of the Lithuanian Power Plant operated by “Ignitis Gamyba” is perfectly visible. In February, the work took place here in extreme conditions – heavy rainfall soaked the land in such a way that in some places it was impossible to pass on foot or by transport, the heavy machinery got stuck in mud. Despite the difficult conditions, specialists of “Ignitis Gamyba” installed 200-300 solar modules per day, so the project was implemented on time and will soon start generating electricity for customers.

How does the “Ignitis Saulės Parkai” platform work?

On the “Ignitis Saulės Parkai” platform, residents can purchase or rent a part of a solar power plant offered by any developer with a minimum capacity of 1 kW and a maximum capacity of 30 kW. An estimate of the exact power required can be done with the help of a calculator of the electrical power required for a specific home, and benefits. Such calculator is installed on the platform’s website. Based on the average electricity consumption by Lithuanian apartments, a 2-3 kW solar power plant would be sufficient for the vast majority of the population to meet their entire electricity consumption demand.

Popularity of the project, which started last October, and the number of platform reservations have shown that the number of people wishing to become generating consumers in Lithuania is high, therefore, the company “Ignitis Gamyba”, which is developing the solar park, will expand the first solar park this year by another 3 MW. 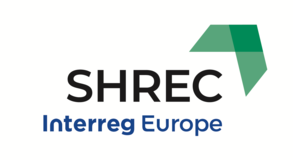